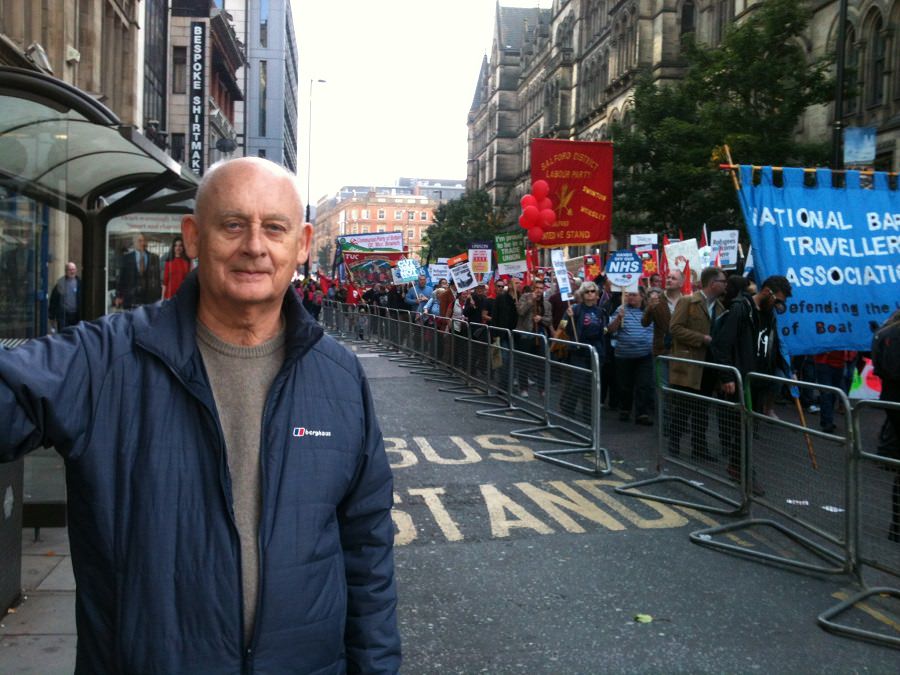 I'm a life-long trade unionist, raised in Manchester, home of the industrial revolution. Generations of my working class family have lived there through successive phases of industrialisation, initially as handloom weavers, subsequently as canal navvies, coal miners, cotton factory hands, dock workers and latterly as engineering tradesmen. My father, three uncles, a cousin - and for a time my mother and three aunts all worked in the giant Metropolitan Vickers factory, once the largest factory in the country, employing 20, 000 people at the site. It manufactured heavy engineering machinery and produced from among its highly unionised work force some of the best known leaders of the British labour movement. 'Metrovicks', close to my home, was based in Manchester's Trafford Park, the largest industrial estate in Europe, which at its height employed over 75, 000 workers. 'The Park' currently employs about 35, 000, recovering from the industrial slump in the '80s when its numbers fell to around 15,000. 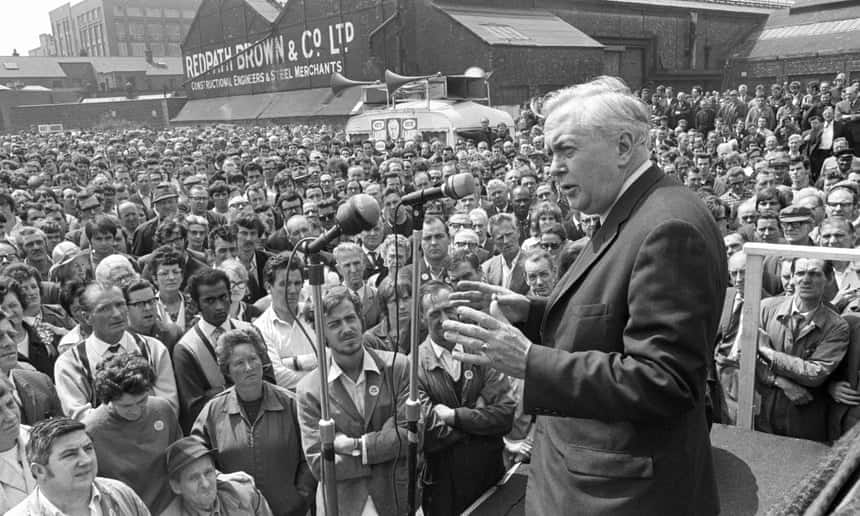 After primary school, I attended De La Salle College in Salford, from where I became the first member of my family to go to university, at a time when fewer than four per cent of British school leavers did so. And in the late 1950s, early 1960s, that 'heyday'of the grammar schools, fewer than 0.3 per cent of their pupils leaving with 2 or more A levels were from the unskilled working class. (1). Studying economics at the University of Hull, and attracted by its national reputation for studies in labour history and politics, I graduated with a BSc (Econ) with honours.

I then sought new horizons and emigrated to Canada, shipping out on a freighter from Manchester docks to Montreal. There I found work in the labour movement as a research economist with the Canadian Brotherhood of Railway, Transport and General Workers, a pioneer labour organisation on the radical wing of Canadian trade unionism. As well as participating in major collective bargaining at national level with the Canadian Pacific and Canadian National Railways, I presented formal submissions to arbitration and conciliation tribunals on behalf of a host of unionised groups, including lock keepers on the St Lawrence Seaway, seamen both on Newfoundland steamships and British Columbia towboats, over-the-road haulage drivers, municipal transit motormen, taxi drivers and hotel employees. As a staff member of the CBRT, I was one of only two trade union signatories to the radical “Waffle Manifesto” that injected a radical thrust into the social democratic programme of the country’s New Democratic Party at the end of the 1960s.

Back to the UK and

Back in Britain to undertake further academic work at the University of Sussex Centre for Labour Studies, I was awarded the degrees of Master of Philosophy (M.Phil) and Doctor of Philosophy (D.Phil). During my registration as a student, I supplemented the family income by working as a British Rail boatman on Newhaven docks, teaching on the Trade Union Congress’s shop stewards’ training courses and undertaking lecturing for the Workers’ Education Association. There followed a research fellowship in Sussex’s Centre for Contemporary European Studies, doing research on trade unionism in Europe and organising seminars in Brussels for British trade unionists. A major grant from the Social Science Research Council and the award of a visiting fellowship at Sussex subsequently allowed me to work full time on the completion of my doctoral thesis on social conditions and embryonic trade unionism among lower deck ratings of the Royal Navy in the early years of the 20thcentury.

North to Manchester and

I was then appointed to a new post at the University of Manchester Institute of Science and Technology, lecturing in industrial relations and developing a new focus on the international labour movement in its historicalcontext. Over the next twenty-seven years, my research focused on the development and structure of trade unions in Europe, North America and Japan; the impact – materially and ideologically – of Marshall Aid on trade unions in recipient countries; and latterly the role played by trade unions – especially in the United States – in the developing Cold War. While at Manchester, I also held a Rockefeller Fellowship at the Archives of Labor and Urban Affairs in the Walter P. Reuther Library at Wayne State University, Detroit and a Visiting Fellowship at the International Institute of Social History in Amsterdam.

Continued involvement in the

As a member of academic staff at Manchester, I maintained my trade union activities, as either president or secretary of my local union and for many years also served as a member of the union’s national council. I was a member of the editorial board of the radical rank and file trade union paper, Voice of the Unions, and belonged to the Institute for Workers’ Control for most of its active existence. I took early retirement when the box-ticking aspects of academic life and the deadening influence of managerialism in universities became excessive. In retirement, I continue to be research active, holding the honorary post of Visiting Reader in International Labour Studies in the Alliance Manchester Business School of the University of Manchester.