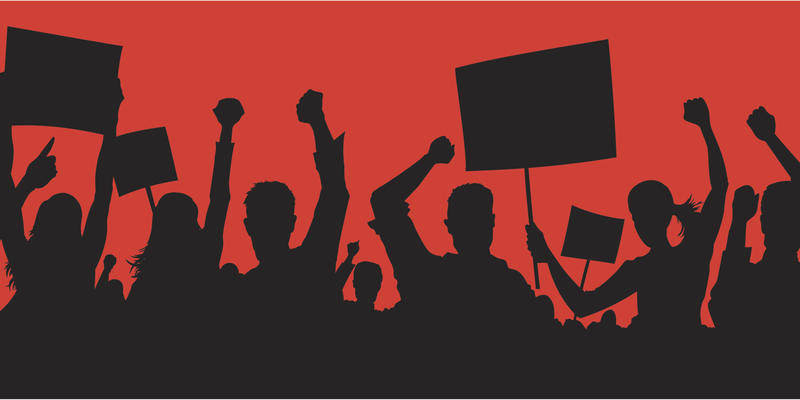 At an earlier stage of trade union development it was commonplace for writers to see close links between internal democracy and the wider aims of organised labour. The Welsh miners who wrote The Miners’ Next Step were acutely conscious of the relationship between union structure and policy. The labour theorist, G.D.H. Cole, viewed organisational democracy in practical terms of how best to direct strikes and wage demands. Many rejected Roberto Michels’s notion that union organisation inevitably led to oligarchy, but rather argued that efforts could and should be made to offset this condition. As a former principal of Ruskin College, the workers’ college at Oxford, John Hughes, wrote:

trade union government involves an electoral situation and underlying social relations simpler than, and in some way, significantly different from, those of our political democracy. This can be seen in the continuing and active ‘direct’ democratic participation of members (not confined to representatives) or in the greater scope in a trade union for the existence of, or emergence of, a common interest.

Democracy and Government in European Trade Unions was published in 1976 shortly after Britain reaffirmed in a referendum its membership of the EEC, and at a time when the necessity for trade unions to organise beyond national borders was increasingly obvious if they were to hold their own when confronted by the growing power of multi-national companies. Aimed primarily at a British readership, it set out first to describe the structure and practice of internal governance of trade unions in three basic industries – metalworking, textiles and railways – in countries belonging to the Common Market. Secondly it examined the implications of this for the practice of trade union democracy.

Labour movements are the product of particular historical, political and cultural experiences, sometimes distinct to a particular national setting, at other times cutting across national boundaries. Wartime experiences of foreign occupation had a great effect on trade unionism in most of the countries examined in this book. Cold-war politics deeply influenced the nature of trade unionism in France and Italy. Religious influences left their mark on unions in several countries. And while language differences were a fact of life, this did not prevent a measure of cross-fertilisation as between Scandinavian unions, French and Belgian unions, and the labour movements of Germany and the Netherlands. Recognising that links between British and North American labour movements were stronger than ties with continental unions, the study aimed to investigate specifically ‘European’ characteristics as well as features that were peculiar to particular countries or industries.

Starting from the premise that internal democracy requires unions to be under the effective control of members in the most direct way possible, the study runs a checklist of questions to probe the extent to which notions of representativeas distinct from delegatory democracy apply in practice. Basic considerations are how policy is made and by whom. The nature of the periodic conferences that in most unions serve as the supreme decision-making body is of basic interest.

Important here is the representativeness of delegates, how they are selected and whether they are likely to attend with a mandate from the base or are free to exercise their judgement as representatives. The frequency with which conferences are held, the duration while in session and the size of the gathering – large enough to be fully representative or compact enough to allow businesslike consideration of detailed issues? – is potentially important in determining whether or not policy is shaped in line members preferences. Questions concerning the control of the business of conference, the process of formulating resolutions, and the conduct of proceedings generally are equally germane to the issue of how well the institution lends itself to the registering of rank and file interests.

The growth in size of unions, and the dictates of efficiency have inevitably led to a professionalisation of union leadership. What is needed then is a balance between, on the one hand, the decentralisation of control that empowers members and serves as a force for education in the democratic process and, on the other, the centralisation needed for effective operation. Collective bargaining is one arena that presents a particular challenge. Ideally it should allow participation by members as a way of democratising the relationship between employers and workers, rather than serve simply as a slot machine through which members passively obtain economic gains in return for the payment of dues. It suggests that union members should have an input into the formulation of collective bargaining demands, a role in the negotiating process, and an expectation that the results of the negotiating process are subject to ratification by those covered by the agreement.

The question of office-holding and the power balance between leaders and led is central to the issue of democracy. It involves consideration of the way elections for union office are conducted, their frequency, the nature of the balloting process and whether there is a level playing field for all who seek election. In all cases it suggests the need for appropriate judicial machinery to deal with claimed abuses of office. In the case of appointed officials, a particular need arises for such on-going executive machinery as exists to oversee the implementation of democratically decided policy and to be responsible for holding permanent office holders to account. The extent to which lay members are represented on such executive bodies, and with what powers, are key indicators of the potential for democratic practice. Assessing the nexus of power within the hierarchy of full-time officers, raises the further question of whether professional field staff are accountable to national leaders or to the local membership they service.

Other qualitative aspects of internal democracy are harder to legislate for and, regardless of the rulebook, may or may not apply in practice. Factors such as how internal communications are controlled, whether or not union publications simply serve the cause of the leadership or provide a genuine forum for discussion of members’ views, and whether members have full access to information may all be important determinants of whether formal democracy has any real life. Likewise the scope for members’ to openly communicate and organise among themselves can be essential for injecting vitality into a formally democratic process.

Ultimately, as the study shows, formal institutions cannot guarantee the existence of democracy: also required is what David Edelstein has described as the ‘continuous, conscious struggle of numerous union members’. But while formal structures cannot guarantee it, they are certainly a necessary precondition for democracy to thrive. 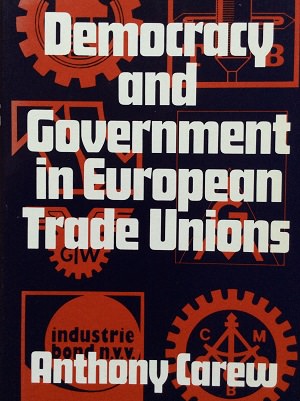