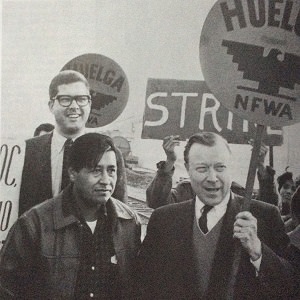 Walter Reuther was without doubt one of the most important American labour leaders of the twentieth century. Raised in West Virginia, the son of a German immigrant and local labour leader, from whom he imbibed his early socialist values, in the late 1920s Reuther apprenticed as a toolmaker in Detroit with the Ford Company. When laid off in the height of the depression, he travelled widely throughout Europe and Asia and worked for eighteen months in the USSR. Back in the United States, in 1935 he became a founder member of the newly formed United Auto Workers (UAW), which was soon to become America’s largest union. As a union organiser, he played a key role in the sit-down strikes of 1937, emerging as one of the three or four leading contenders for the national presidency of the UAW.

Over half a dozen turbulent years, Reuther and his socialist followers engaged in a bitter faction fight for control of the union, moving from an initial alliance with the Communists to a position of opposition. He, personally, evolved into a leading liberal Democrat though his political instincts were broadly social democratic. In practice, he eschewed labels and was essentially a man of action rather than a theoretician. During these formative years of UAW organisation, he crossed swords with former Communist Party leader, Jay Lovestone and their differences bred a lasting enmity that manifested itself after the war in deep policy divisions over the direction of American labour’s international policy.

Reuther finally won the UAW presidency in 1946 and held the post until his death in 1970. His leadership was notable in many respects. In an era marked by public concern over union corruption in the United States, he stood out as the head of a clean union with high standards of ethical conduct. He imposed strict organisational discipline under the slogan “teamwork in the leadership, unity in the ranks”, and while he preached the rights of union members, the extent of real democracy in the UAW has always been the subject of much debate.

He was an innovator at the collective bargaining table, and major agreements negotiated by the UAW set the tone and pattern for bargaining throughout the United States and in some cases overseas. Politically, he steered the union on a course between the Communists (whose leaders in the UAW he eliminated) and the business unionism of the conservative craft unions. He was routinely attacked by Communists and vilified by the political right as a leader of American liberalism. In anti-poverty campaigns and as an advocate of educational and social welfare reforms, his was one of the most powerful voices in the United States. He provided unstinting support for the civil rights movement, though he was later attacked by black autoworkers for doing insufficient to tackle racism within the UAW.

As an early supporter of President Truman’s foreign policy, Reuther was inevitably caught up in the politics of the early Cold War, though he sought to tone down the military dimension and became a leading campaigner for arms limitation. His emphasis was always on the economic and social aspects of foreign policy. As such, he was a forceful advocate of liberal economic aid to developing countries through the agency of the United Nations, and maintained that tackling the problem of hunger and want within a system of peaceful coexistence was the best antidote to the challenge communism.

A kingmaker among liberal Democrats, his support for John F. Kennedy was a crucial factor in the latter’s successful campaign for the White House. Reuther became close to Kennedy and was a major architect of the President’s “New Frontier”. He had a fair claim to authorship of the Peace Corps as a flagship policy initiative. In foreign affairs he exercised a key influence as the Kennedy Administration liberalised its policy emphasis in countries such as Italy and Japan.

Outside the United States, Reuther’s persona was that of an international statesman, dealing at first hand as he did with people such as Soviet Party Chairman Nikita Khrushchev, Prime Minister Anastas Mikoyan, Yugoslav President Josip Broz Tito and India’s Prime Minister Jawaharlal Nehru.  In the mid-sixties, he was the driving force behind a series of international conferences at Harpsund in Sweden which brought together leading European politicians of the centre-left such as German Chancellor Willy Brandt, British Prime Minister Harold Wilson and Swedish Prime Minister Tage Erlander with prominent progressive trade union leaders from the USA, Britain, Germany, Italy and Scandinavia in an attempt to develop broad strategic ideas to underpin a new liberal international consensus. 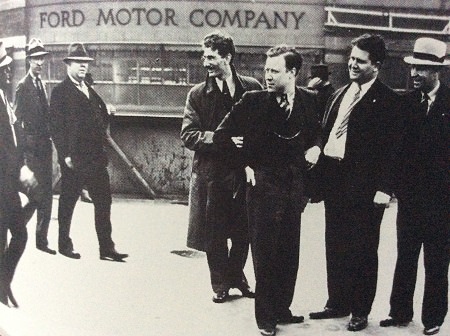 Walter Reuther was a highly original thinker, and through his powers of oratory was capable of enthusing international labour conferences with his bold, imaginative programmes for tackling the problems of mankind. A speech he delivered to the 1957 TUC conference in Britain drew as much press comment as any other single contribution to the proceedings of the TUC in that entire decade. It is a safe bet that in the 1950s and 60s Reuther was known to more trade unionists in more countries than any other single labour leader. Overall this study seeks to provide a balanced account of his major efforts, achievements and failures as a labour and political leader, and from this to offer a critical assessment of his contribution in the national and international labour arena. 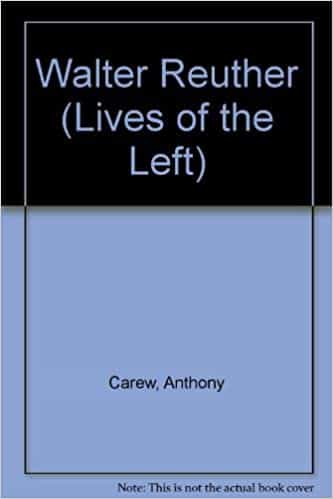