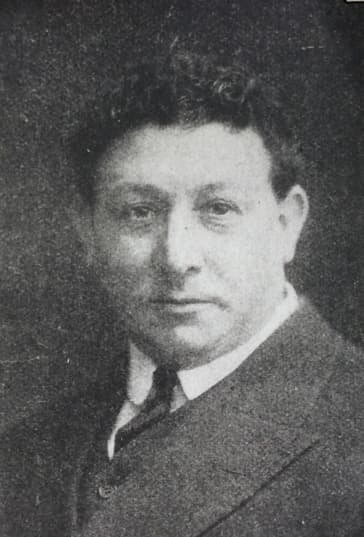 The naval reformer and journalist, Lionel Yexley, was born James Woods in Stratford Essex, one of two children of James Woods a journeyman bootmaker and his wife, Mary, nee Yexley. He was educated at the Boys British School, Stratford. Against his parents’ wishes, aged sixteen he joined the navy as a boy seaman. Over the next twelve years he served in the Persian Gulf, East Indies and Mediterranean, rising in 1890 to petty officer second-class. While still an able seaman, in 1884 he married Mary Ferry and they had two children. Because of these family responsibilities, he opted in 1890 to complete his twenty years for pension in the Coastguard, initially based at Bournemouth and then at Weston. Of no more than medium height but of stocky build he bore the air of a pugilist.

He began his journalistic career while in the coastguard, submitting anonymous articles to Hope: the Coastguard Gazette in which he raised complaints about service conditions. Only narrowly escaping a court martial for his campaigning, he applied for early discharge in 1897 in order to edit the Gazette full time. Based at its office in Rye, East Sussex, the following year he transformed the publication into a general lower-deck magazine and renamed it The Bluejacket. Writing under the pseudonym Lionel Yexley, his mother’s name, his aim was to expose bad lower-deck conditions, many of them unchanged for decades. His writing drew on first-hand experience as well as current information from serving men and highlighted such disabilities as the inadequacy of food rations, graft and corruption in shore depots, the lack of increase in pay since 1853, the harshness of the punishment regime, and the absence of prospects for promotion to the wardroom from the lower deck. Though viewed by many in the naval hierarchy as a subversive, in reality he was not ‘anti-navy’ but a patriotic advocate of a more modern, democratic service.

After quarrelling with The Bluejacket’s proprietor, Yexley resigned from the paper in 1904 and the following year launched his own lower-deck monthly, The Fleet, in order to have greater editorial control. With his most productive reforming work about to begin, he re-located to Ilford and ran the journal from an office in Covent Garden.

Lionel Yexley as editor of The Fleet

The Fleet’s initial campaign was over the inadequacy of naval victualing. Yexley’s trenchant criticisms soon attracted the attention of the First Sea Lord, Admiral Sir John Fisher, who invited him to his house and was won over by his arguments. Between 1906 and 1909 Fisher presided over reforms in the feeding and clothing of sailors along lines proposed by Yexley. These brought with them significant financial savings for ratings. The changes in victualing were arguably the biggest single improvement in the quality of lower- life in over half a century. Yexley’s association with Fisher was now firmly established and they remained close until the latter’s death in 1920.

Despite having ready access to Reginald McKenna, the First Lord of the Admiralty in the Liberal administration from 1909, the major improvements that Yexley sought in pay, punishments and promotion were blocked by the more conservative Sea Lords. Not until the appointment of Winston Churchill as First Lord in 1911 did the climate improve. Now retired, Fisher was instrumental in introducing Churchill to Yexley and the subsequent close collaboration between these two yielded the most significant improvements in lower-deck conditions. Meeting Churchill for the first time in December 1911, Yexley convinced him of the need for change in the interest of justice and to allay unrest among ratings. Prodded by Yexley, Churchill introduced in 1912 far reaching improvements in the naval disciplinary code, promotion prospects, and pay.

Yexley was the chief witness before the 1912 Brock Committee on naval punishments, whose recommendations paved the way for wholesale change. The Fleet’s proposals for commissions for talented young petty officers provided the basis for Churchill’s ‘mate scheme’ that led to the first commissioned officers promoted from the lower-deck. And the first increase in lower-deck pay for fifty- nine years was also distributed according to formulae that Churchill had asked Yexley to devise.

Despite his influence with Fisher and Churchill, Yexley was loathed by many of the naval establishment. When in 1914 The Fleet reported on lower-deck unrest in HMS London caused by the harsh discipline imposed by Captain Kemp, Kemp brought a libel action against Yexley. The action became a case of wardroom versus lower deck, with fellow officers supporting Kemp financially while ratings appeared in uniform as defence witnesses. Yexley lost and was ordered to pay £3000 damages. Though Kemp subsequently waived these, the immediate effect of the ruling was to bankrupt Yexley.

Yexley’s radicalism on naval matters never extended to support for the Labour movement. Amid growing agitation in the Grand Fleet in 1918, Yexley worked hard to head off a proposed link-up between lower-deck benefit societies through which ratings organised across the service and the Labour movement. In September of that year he sent a memorandum on naval grievances to the king, the cabinet and the Board of Admiralty arguing for judicious concessions to take the steam out of the agitation. Despite MI5 suspicions of Yexley, shared by many in the Admiralty, the First Lord took him seriously and met him to discuss his memorandum.

Then, to avert the possibility that the lower-deck societies would back the candidature of a rating as a Labour Party parliamentary candidate in Portsmouth in the December general election, Yexley stood as an independent, changing his name by deed poll so as to enter the ballot under his professional name. He polled 7,063 votes again the Coalition candidate’s 11,427. Coinciding with the declaration of the election result, Yexley also wrote an article for The Observer on the urgent need for a pay increase, a call supported editorially by J.L. Garvin. The following day the Admiralty announced the setting up the Jerram Committee on naval pay, whose recommendation in 1919 led to landmark increases of 50-80 per cent. It was to be the government’s ill-considered withdrawal of these pay concessions twelve years later that caused the naval mutiny at Invergordon.

Yexley’s influence declined in the 1920s, when his health began to fail. However, by then the most pressing reforms that he had worked for had been achieved. He remained well-informed of the mood of lower-deck ratings and two weeks before the Atlantic Fleet mutinied at Invergordon in September 1931 The Fleet ran an anonymous letter from an able seaman serving in the Mediterranean Fleet full of foreboding and speculating on what might be the reaction of the lower deck if, as rumoured, the government rescinded the 1919 pay increases awarded by the Jerram Committee with promises that they were permanent. No doubt suspecting that Yexley had prior knowledge of plans to mutiny, he was subsequently interviewed by MI5. But he had no such fore-knowledge: there were no such plans. He simply had an understanding – not shared in government circles - of the anger and bitterness that would greet such a betrayal over longstanding commitments on pay. He was not surprised by the spontaneous way the mutiny unfolded.

For thirty years he had been the foremost champion of the naval rating while also serving as a vital safety alarm for those in the naval establishment shrewd enough to listen to his warnings in times of unrest. As an advocate of lower-deck reform he was unequalled.

Progressively ill in his last two years, Yexley died from kidney disease at his Ilford home in March 1933.